Problems are a Mirror of Yourself 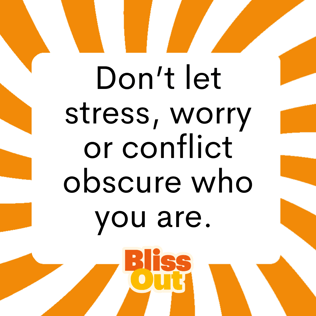 I used to speak to groups about managing younger generations (I still do, but I talk about them very differently).

I used to contribute to the growing uneasiness around younger people and their poor work ethic. They were the future generation, and there was no hope for them. They were lazy, entitled and had no sense of reality.

Audiences ate it up and loved bashing their younger colleagues. One day I caught myself cutting corners and expecting to get something I hadn’t earned. I shrugged it off​,​ and without skipping a beat​,​ I went on to complain ​about other lazy, entitled people

Several weeks later​, I noticed myself judging someone earlier in the day and ​after​,​ I turned around and did the same thing myself. When my friend wouldn’t pay for something​,​ I considered her cheap​,​ but ​it was completely justified when I didn’t pay for it.

It struck me as odd that I could judge someone and not even notice when I did the same irreducible thing myself. ​IT WAS OK when I did something wrong​, but I fiercely judged someone else who did the same thing.

How is it possible to not see in yourself what you judge in others? I think it’s because the only reason you can ​negatively see  ​behaviour in others is ​that it also exists in yourself.

You wouldn’t even know what lazy and entitled is unless you’d been it yourself.

The very thing you dislike in others is the thing you refuse to see in yourself.

However​,​ Some very ​hard-working people see others as lazy​; does that mean they are lazy too? No. It means they hold resentment for lazy people.

The lesson for them is in the ​resentment, not the laziness.  However, you could likely trace a strong work ethic​ back and find ​you've worked hard to cover up potential laziness or any other inadequacy you perceive in yourself.

Thus our ​most significant opportunity for growth is in the irritation we feel for others.

They are leading this group​,​ and ​the worry or doubt ​they have, ​their team ​is ​reflecting​ back to​ them. The leader is the one holding the negative emotion in the room.​ ​If the leader left and took their doubt and worry, the team could function better without them.

What’s happening is a leader is upset​,​ so they try to control the ​behaviour of their team so they can feel better. However​,​ it’s not possible to ( in a sustainable way) improve morale by controlling others. You can’t punish people ​for being inspired. You also can’t feel better by making others feel​ worse.

Consider a bully in the schoolyard. They would prey on the people that were easiest to bully. If you weren’t afraid or bothered by the bully, he would go away. ​If you are not bothered by him​, he won't​ bother you.

Every leader I’ve ever met means well​; they don’t ​realize it’s their ​own ​aggravation that aggravates everyone else. If they could see it and understand the aggravation​,​ that whole pattern of controlling others ​through aggravation ​would disappear.

I always encourage people to take themselves lightly when it comes to ​self-awareness. It helps ​because it creates distance from negative ​emotions. It paves the way for insight and clarity.

​You can see your flaws through levity and laugh at them without being attached. The last thing you want to do is get angry because ​you​ are​ ​mad. Instead, laugh at how messy and complicated we want to make our beautiful life.