The dictionary definition of Integrity is the state of being whole and undivided.

In the real world, Integrity is the courage to meet the demands of reality. While many people have the intention of doing the right thing, often life has other plans. Time crunches, excess workloads, and demands from others may prevent the most well meaning people to be undivided and not give their whole attention to their commitments.

The result is unmet commitments, flaky attendance to agreed upon events, and unreliable results.

Integrity in the French and Latin meanings is to be intact, to integrate. The concept is that the person as a whole is working well, undivided, and intact.

Most people would agree that character matters.

Yet, what does it actually mean? Usually character is referred to as a safeguard against doing something horrifically unethical.
We also assume most people know these ethical qualities are important- we know we should never lie, chat or steal.

Yet, a lot of people are competent and good at their work, but the skill is just not enough. We have all met someone who is really good at what they do but somehow gets in the way of their own success (or others).

The problem is most of the time ethics refers to moral qualities and not behaviours. In life, talent and ability matter but who you are matters too.

When it comes down to it, who you chose to be when life gets in the way, defines your character. People who continually miss deadlines, overextend themselves, distort the truth to get out of a tough situation, or bail on others are letting their character show. Integrity means acting in a whole and consistent way, but not just when it's convenient for you.

I was recently a motivational speaker for the Institute of Municipal Assessors in Ottawa, the association is hands- on defining integrity in their industry.

People are in integrity when we are operating at our best, as a whole. There's where the challenge lies...when did you last know you were at absolutely at your full and best?

The most well meaning professional may cut corners when pushed to the limit, tired, and overworked. Suddenly they lack integrity.

Nobody wants to act against their own integrity yet, what circumstances would cause you to be less intact?
Everyone has had a situation where they walked away and wondered, would that have gone better if I dealt with it differently?

Imagine you put everything into a project and the results come out poorly. Some people would be defeated and give up, while others would become energized and see this as an even greater challenge.

Others would withdraw, become moody, feel like a loser, be aggressive or more.

Aspects of your character allow you to succeed or fail and when pushed to far, integrity breaks down. 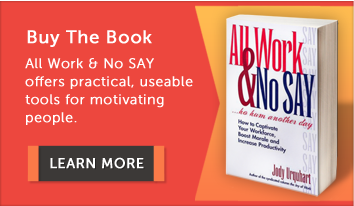