How to Take Initiative 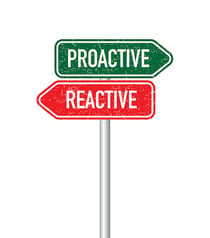 Everyone admires people who take charge. They’re not afraid to draw attention to themselves and flaunt their beliefs. They don’t follow trends; they set them.

For some people, they are annoying, but to me, they are instigators. Even if I disagree with them, I admire their tenacity and courage.

So many of us want to be told what to do, it’s easier to follow the rules than to make them.

I’d rather be an instigator. My one suggestion is not to shoot off your mouth about just anything but things that matter to you. Choose your battles. Be an instigator but not a troublemaker.

I’ve never been so unpopular when I walked onto my son’s school ground with a peanut butter sandwich. Overbearing mom’s shot daggers at me with their judging glare. One mom launched a  formal complaint. I took this on. I decided to be vocal at the school council ​convincing them to ​not set​ rules that benefit some kids but punish the rest. It was a bad idea. ​I learned not to​ be an instigator about things that involve the well-being of schoolchildren.

Sometimes because something is important to you, it doesn’t mean it matters to others. We have to accept each other’s opinions. That’s how they stay visible to us; you have to put yourself in their shoes.

Before you stand on a soapbox, do your research, formulate your message and understand all angles. Know what you're willing to fight for and what you are not.

Coming out of the shadows doesn’t happen overnight. It took you a long time to become invisible, so it takes a while to come back.

First off, to let go of anything, you have to recognize what you will lose. You have to come clean about the benefits of the life that you have enjoyed. Why did you become invisible again? Oh yeah, it was safe. It’s a lot easier not to take the initiative.

Maybe you're thinking; the risk isn’t for me. I don’t bungee jump, hike through the Amazon, or shop at Dollarama. Coming into yourself isn’t about making huge leaps into the unknown, but more of an adventure that makes life interesting. However, you have to be willing to try something new. It will take courage.

You might have an inward battle.  Sure, I want to draft a proposal, write an article, or accuse my coworker of stealing my pencil. But first, I need a nap. It’s always easier to follow the path of least resistance.

You have to give this up. No more taking the easy route and investing minimal effort and energy. You will find that even the most menial tasks are more interesting when you invest more of yourself in them.

HOW TO AWAKEN YOUR INITIATIVE

Taking the initiative means starting something. It means leading, not following, even when your title doesn’t say the leader. An initiative mindset means you care more and invest more.

Taking initiative isn’t an innate quality that you either have or not; it’s something that you learn to demonstrate. At first, it comes in fits and bursts. It’s inconsistent.

Taking initiative is the most important tool to jump out of the shadows. Being invisible is passive. It requires low energy, low initiative, and low personal investment. This will be the hardest part. You have to unlearn old passive habits to take on new active ones. Taking the initiative means carving out your life, not waiting for someone else to tell you what to do.

People who take the initiative are highly valued and visible. Ambitious people stand out. Initiative moves the world.

In job interviews, people flaunt their initiative calling themselves a proactive, self-starter. Sometimes it’s even true. However, it is rare to find true self-starters because most people find it easier to be passive.

Taking the initiative means you act instead of reacting. You get in front of problems and plan. You’re not afraid to rally others around your ideas.

The first step is to put more effort into everything you do. Passion follows energy, so you won’t know what you are passionate about until you invest more energy. Think like you are self-employed and everything is riding on you. Do more than is required. Act like you matter.

Next, get other people’s support. Visible people get out in front of others and sell them on their plans. They make sure everyone knows what they're up to. Once you put your ideas out to the world, now you have to follow through. You raise the stakes, and it puts more pressure on you. Think of this added tension as the energy that gets behind your passive nature and forces you out of the shadows. Convince others that your initiative is worthwhile.

If it all sounds too much for you, start small.

What is an area in your life or work you want to change?

Take on a new project at work?

Ask your boss for a promotion?

Take up Yoga or Join a Running Group?

Raise money for a charity?

Learn a new skill or hobby?

All of these examples require your initiative.

At first, all of this may feel awkward. It would help if you believe in yourself, and self-confidence will follow. Remember you are transforming yourself; it takes time to awaken an active attitude.  You can carve opportunities for growth out of any situation. Look around and find a problem and commit to taking a stand.

There is no shortage of problems out there. Your new confident self will notice loneliness, self-sabotage, gossip, poor leadership, backstabbing, and miscommunication in your immediate work surroundings. But do you really want to get involved?

Remember, don’t take on other people’s problems. That’s the old you. I think when environments get stuck in pettiness, people need a bigger problem. Lack of leadership causes workplaces to drown in negativity, and plummeting morale becomes everybody’s issue. Invest in bigger problems that make a difference, and people have something relevant to focus on.

Push people’s attention to performance, productivity, or specific projects. Show your value. You could even go on a rant to raise awareness for workplace wellness. Or get on the safety committee and stand behind zero harm. Help plan your next industry convention, give a speech at the next meeting, take on a common customer complaint, ask questions, or start a lunch hour yoga class.

Analyze and act on opportunities to stand out. Remember, you're not trying to overwhelm yourself with problems and uncover solutions to things that matter to you.

Don’t let other people’s criticism stall you. Persist. Believe you have the capacity to make a difference. Your reputation will evolve from someone who sat back and did the job to someone who is about progress.

Organizations love self-starters. Instead of just following the rules, you question things and strive to do your job better.

In stress, people are wired to fight or flight. Most stress won’t threaten us, so we don’t need to fight. Instead, we flew. We back away, retreat, ignore it, pretend it isn’t a problem or let other people deal with it. By ignoring stress, it doesn’t go away. It continues to wear at us slowly.