How to Handle Criticism: Lessons from Stand Up Comedy 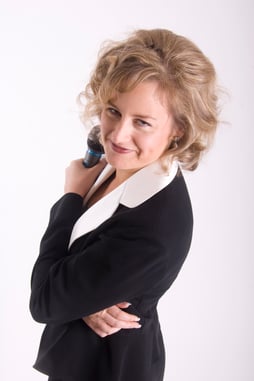 Unless you plan to fly under the radar your whole life and not stand for anything, you will experience criticism. In fact, the more successful you are the more criticism you will receive.

Often, critique can feel like a drastic slap in the face that leaves you cynical and defensive. If you reject criticism, you cannot learn from it. The critique may be well intended but the scathing delivery can hurt for life.

To become a funny motivational speaker, I did years of stand up comedy. It taught me so much about myself and how you really learn through rejection. Criticism can only hurt you if you allow it to. I got into the routine of laughing at my reaction to rejection; it helped me to the critique seriously but take myself lightly.

A joke is made up of a setup and a punchline. It is obvious that when the joke flops because the audience does not laugh. There are an estimated 20 jokes in a five minute stand up comedy set. In other words, you have the opportunity to have your joke(s) bomb( or not) 20 times in only 5 minutes. In the beginning, many jokes flop, so you have the opportunity to be resilient in the face of rejection.

Why is criticism so hard

Most people like the approval of others. We like to be liked and when others disapprove it hits right at the core of our own internal defense mechanism. People will criticize what you do and what you don’t do. So it pays to get good at handling all feedback.

Helpful feedback can be a course corrector, so start to think of it as a welcome opportunity to improve. Your value magnifies when you incorporate diverse perspectives if you can learn to relish critique you can change must easier.

As a female motivational speaker, stand up comedy taught me to deal with rejection. Stand up comedy clubs offers a pressure cooker environment to bomb in public. This repeated rejection allows you to learn to quickly recover as a survival tactic.

Learn from those who care about you. Remember that some feedback is ill intentioned from the wrong sources. Thus, learn from know and respect those who know you and can help guide your decisions.

Let people know you value their feedback because people often tell you what you want to hear, not what you need to hear.

Also, keep in mind people often criticize because they don’t understand. Helping people see the reasoning for the story behind your actions helps create acceptance.

Respond calmly to criticism and try not to take it personally. If the critique is real it will probably hit a nerve, which will initiate the stress response. This is not the time to start evaluating the advice! Instead, take a step back and later review the comments and line them up with your behaviors or performance.

Doing stand up comedy, when I did let rejection impact me, I found I became very self-conscious and critical which negatively affected my performance.

I'm a female motivational speaker and I emcee a lot of male-dominated events where they hire me to come in and make the audience laugh. My next venture was learning what men laugh about. Overall, I've learned to not try to be like them or write the comedy about stuff I don't find funny, but be myself. Turns out there is plenty of humor in the nuances of men and women.  Humor is universal between men, women and all ages and cultures.

Remember to keep on keeping on, life is short, enjoy the good with the challenging!