DO WOMEN HOLD A GRUDGE LONGER THAN MEN? 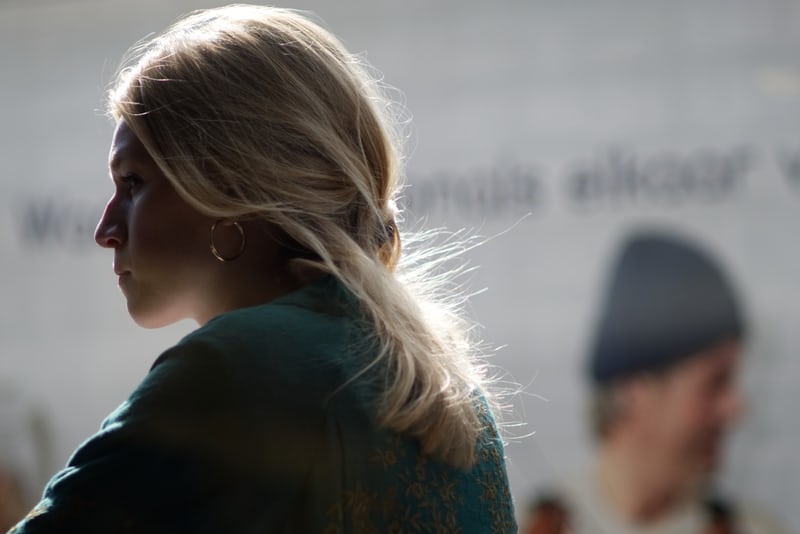 Life would be boring if we were all the same. I think we'd all agree, men and women are very different. Leverage these differences to find smarter solutions.

Studies reveal women hold grudges longer than men. It doesn't mean it's consistent for all women, but overall, there is a pattern. I'm not fond of generalities, yet by understanding our differences, it makes us stronger.

Why do women hold grudges longer than men?

When it comes to our communication patterns and behaviors, men and women are very different.

It's How We Handle Conflict.

Overall, men express their feelings when hurt, whereas women bottle it up. Studies show women allow for a broader range of possibilities in Conflict, while men like to isolate, define, and resolve a problem.

It goes back to survival of the fittest, women nurtured relationships, and men protect, hunt, and solve a conflict. One isn't better than the other; it adds dimension to our lives.

Grudges come in when we avoid confrontation to nurture relationships or protect feelings.

Grudges that are loud and outspoken get resolved quicker, so people can move on. You could also argue women are socialized to avoid confrontation. Instead, we are passive-aggressive and internalize our problems. Women try to go along to get along and may not get to express our feelings.

Silently stew over a grudge, and it lasts much longer.

According to research in the book, Results at the Top, Men tend to be more factual in their thought and action, while women tend to be more intuitive. Put, men like logic, facts and numbers, and women like feelings, emotions, and intuition. It's why women want to talk things out, to better understand and relate. Anytime you involve emotion, it creates a more vibrant experience, but it takes more time and can become more complicated.

Women Remember More. Studies on women's brains show they have a larger area to store memories, called their Hippocampus. Thus, we remember even the tiniest details, which may be used against someone later on and appear like a grudge.

Women have a more robust worry center in her brain. It's called the Anterior Cortex, where we process emotions and ruminate over information. For women, this part of our brain is more active; it causes us to review the information, ruminate over it, and worry more. It means women personalize problems more than men.

Men think in a linear pattern, and women can bounce from idea to idea. Women have a 25% stronger corpus callosum, which connects the left and right side of the brain, so we are predisposed to interconnect schemes. Men are great at focusing, and women are best at conceptualizing ideas and finding new connections.

I am a female motivational speaker and often get hired because meeting planners want to balance the agenda with a women's perspective. From working with over a thousand audiences, I know that men and women learn differently, so I adjust the keynote speech to the audience. Female audiences love analogies about relationships, ideas, and people. I structure my message very differently depending on the male/ female ratio.

Our differences as men and women shape everything.

Let's Relate it to Shopping.

For women, shopping is a social event; for men, it's a hunt for what they need. Women shop to bond, to talk, to express their feelings. It's an event that comes complete with lights, colors, garments, and more. It's much more of a complex experience than for men. Thus, the stakes are higher; they have more invested in it.

Relate this to a grudge. Men have conversations to resolve things; women communicate to build bridges and create understanding. If our goals are different, our outcomes will be too.

Because women are more emotional and sensitive by nature, we get more easily hurt, and once we are, we keep on thinking why and how of it.

I used to have a male colleague who would say; it's not personal; it's business. I never understood what this meant. How can you separate the two? For him separating facts from emotions was easy. For me, it's more complicated. If I felt I wasn't heard, I would bring it up again. He thought I was holding a grudge. I was trying to process the information.

More reserved women hold a grudge while men are more upfront. Because women are more emotional and sensitive by nature, they get hurt easily, and once they are, it's more complex to unravel. When you keep your emotions bottled up, they explode.

Some of us maintain our salty attitude much longer. For us, time and space is the best remedy.

I also think holding a grudge is a form of control. It gives a sense that you are right, and the other person is wrong. The grudge holder also gets to control the timing and nature of the relationship.

Often grudges are held deeply because of misinformation. We assume someone's intent, and we are wrong.

Holding a grudge may have worked for you, but don't allow it to rob you of peace of mind. Move beyond the animosity and see things for what they are.

You don't need others' approval and forgiveness. One person's words can only affect you as much as you allow.

As a motivational women speaker, I share with women some of the tools they can use to understand ourselves and move past our differences.