You’re Being Too Hard on Yourself 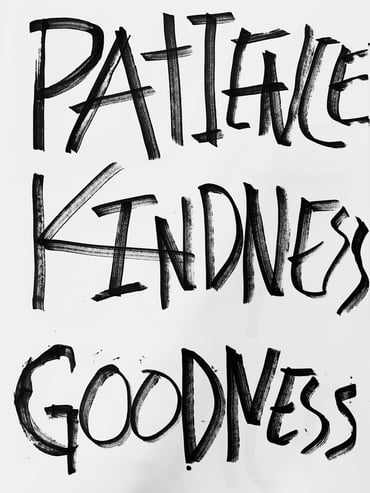 Is it good to always be hard on yourself? No. But yes. Remember, every good quality can also be bad.  Being hard on yourself can make you a high achiever. It can also cripple your self-esteem.

This blog is dedicated to helping you climb outside of the internal critical voice that diminishes you.

To recognize this in yourself, I will share with you the rise and fall of a leader who was hard on herself.

Diana is a powerhouse. Her fast-paced lifestyle would leave most people exhausted. Not Diana.  She can handle anything life throws at her. She organizes her children, slings deals, makes meals.  She makes it all look effortless.

She leads a productive life. But not a happy one.

As I get to know Diana, I realize she’s very hard on herself. It’s not that she lacks confidence, she doesn’t have time for low self-esteem. It’s that she holds herself to unrealistic standards. They are tight and non-negotiable. It’s helped her rise to the top in leadership career but now it’s caused her downfall.

Diana was meant to be a driven, successful force that would lead her company forward. But life always has other plans. Things never go exactly the way we want. When things don’t go as planned, Diana responds to herself with harsh criticism. She has a low appreciation for what she's accomplished.

She questions herself. A lot. She rigorously pokes at her motives, feelings and actions. She belittles and places blame on herself.

Often pressure on herself mounts and seems unsustainable.

Psychologists suggest that beating yourself up is bad for you.

She also comes down hard on others. She’s critical of her team almost as rigorously as she’s sceptical to herself.

Slowly team members slink away to HR and ask to be reassigned. Diana can’t relate. She assumes they are weak. She only wants strong team members who can handle stress.

Diana's standard is high. She guides herself with harsh criticism. This harshness constantly aggravates her relationships with her staff. Diana needs to climb outside this critical voice that holds her back.

Psychologists say we internalize attitudes from when we are young that shape who we are as adults. Children are easily influenced. We absorb our parents' attitudes. Without thought, we borrow these attitudes and use them on ourselves. And others.

Harshness and inadequacies dominated her upbringing and now they dominate her leadership style. Some would argue that being hard on yourself is a good way to raise productivity, but it’s not sustainable.

If Diana could be kinder and more helpful to herself she would reveal a softer more resilient side. She needs to stop pursuing the unrealistic Ideals she learned from her childhood.

Harsh attitudes limit satisfaction and achievement. Recognizing them and redirecting them can assert greater resilience in your life. Look for attitudes of harshness in emotional upheaval.

The way you consider, treat and guide yourself is important. It will seep into your leadership style and impact how you treat others.

It means you listen. And understand. Hear yourself. Listen for voices of pain, resentment, regret. They are woven throughout your inner dialogue. They are buried inside you. They come out unevenly and repress emotion and passion.

I met Diana when I was a keynote speaker at an agriculture conference. She had just been fired. She was angry. She gave a lot to her career and resented the organization. Under her breath, she also digs deep at herself. She’s self-critical and questions herself.

While I watch Diana rile in her pain, I see potential.

The other side of her anger is passion. If she could climb outside of the anger, resentment, and fear, she could thrive. They say struggle transforms you. But only when you pay attention to your own reactions and patterns and see what kind of reality they create.

For Diana, a little bit of self-inquiry would reveal a tough childhood that created a tough persona. It’s helped her get by. Until now.

Diana is hard on herself like she’s hard on others. It’s why her leadership style is no longer appreciated. Kindness and compassion would soften her. It would make more likeable. She would be a better leader, easier to get along with. Diana's struggle could define her and give her strength. If she can transform difficulty into self-discovery.

HOW TO STOP BEING HARD ON YOURSELF

DON’T TRY TO BE PERFECT

Don’t get hung up on getting it right. Just go for good enough right now.

Life is hard. Don’t make it harder by pushing yourself beyond expectation. Demeaning yourself only diminishes you. Instead, take time daily to explore your hardships and be your best friend around them. Replace self-judgement with understanding.

BE YOUR BEST FRIEND