Sports Helps Motivate Employees to Work as a Team

A manager’s job is to motivate others so that they can perform to the best of their abilities. This is very similar to how coaches attempt to motivate their athletes to perform at their optimal level, especially if they are working with players who are part of a team. They need to do what they can in order to create a winning culture and mentality, whether in the world of business or in sports. The parallelisms between employees’ teamwork and sports are such that the link between the two can go beyond metaphors and can be translated into actual strategies to boost teamwork.

By introducing team sports to your staff, you will also be able to teach them the power of teamwork. Entrepreneur Magazine suggests that through sports, employees may be able to link their own success with the success of the entire team. Taking this one step further, it can also help them better understand the bigger picture, in particular, how their own efforts contribute towards achieving a collective goal as a company.

Getting your employees to take part in team sports can also help build relationships among themselves. While this may not seem that important, it can actually be critical in the workplace, especially if the workers’ output is directly linked to each other. Livestrong says that trust between team members has a direct effect on overall performance. By letting them work closely together in a setting outside of work, you can help build rapport among the group, allowing them to connect on a deeper level and better improve their personal and working relations with each other.

A Huffington Post Article says that promotion of team culture not only helps employees become more comfortable with each other, it also – whether implicitly or explicitly – helps make them realize what are considered as acceptable behaviors among the team, so much so that everyone is on the same page. At the same time, it allows the manager – or the coach – to see if there are unhealthy practices within the group, or if there are those who have deliberately or unwittingly hijacked the direction of the team by exerting their own authority over them. This allows the manager to redirect the efforts back to the original path that they need to head towards.

This article was contributed by OutReach Executives, Wise Marketing. 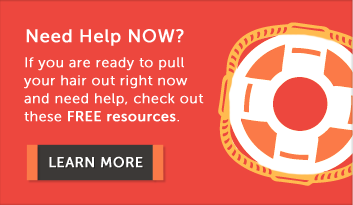