Motivational Speakers Who Have Died Leaving A Lasting Legacy 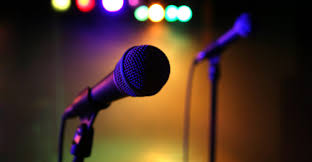 Death is a morbid topic. However, eventually, it's a fact of life.  Most people are afraid of death, yet we should celebrate people for their legacy.

When I studied, stand up comedy, one of the participants said she used to research dead comedians so she could steal their punchlines. This is not celebrating a legacy.

Her logic was that they weren't using them anymore, so why not? This shameless tactic is not recommended as people will catch on to you eventually. I think it is important to remember our peers and how they help build our industry.

Whenever I see that a motivational speaker dies, I think, yikes someday that will be me. I also think about the great career they had and how they spent their lives motivating others.

There are some fantastic (late) motivational speakers that have left a lasting impression in the world. Some of the ones I have had the opportunity to work with are:

Bill Clennan- Bill and I were in a relationship for about a decade. He was known as the Dean of Canadian Speakers. A fantastic speaker, he was extremely intelligent and witty. Audiences could never get enough of his great stories and infectious laugh. Bill taught people how to Remember Names, Faces, and Facts. I took his course, and it works. He was a motivational speaker for over 45 years.  Bill mostly did public workshops where he booked a venue and sold tickets. He was very successful at it and paved the way to help others do public workshops. He mentored and inspired many keynote speakers, including me.

He suffered from a stroke while exercising on a treadmill at his local squash club. He died in July of 2010.

Zig Ziglar- Almost everyone has heard of the funny inspirational speaker, Zig Ziglar. His humorous motivational speeches were electrifying and packed with content. I used to listen to his audiotapes in my car on my way to college.

He started his speaking career working for American Salesmaster in 1963; he was also a sales trainer for Mary Kay Cosmetics.

Ziglar wrote 30 books and is a best selling author and motivator. I spoke at a sales seminar over a decade ago where Zig Ziglar was one of the other motivational speakers. I had lunch at his table; he was very dynamic, warm-hearted and interested in everyone else's story. Many speakers have been inspired by Zig; he developed many life-changing programs. His company, Ziglar Inc., run by his son Tom Ziglar, still offers many great programs. They have a great podcast that I listen to monthly.

People often say that motivation doesn't last. Well, neither does bathing - that's why we recommend it daily. - Zig Ziglar

Claire Wineland. Living with Cystic Fibrosis, Claire took her message of hope and resilience to thousands through her humorous motivational speeches. I saw her speak at a National Hospice Event. Her story is heartfelt and courageous. She left the audience on the edge of their seats with tears of optimism. I was hired as the funny motivational speaker to follow her to lift the audience back up with humor.

This was a tough assignment as she was a phenomenal inspiration and a tough act to follow. I was nervous about how the audience would respond to such a sharp change in emotion, but they were great. I was very inspired by Claire's message and spirit. She was a true fighter. Claire was young when I met her, likely 18, most teenagers would never purposefully speak in public, yet she made it look simple.

Claire died at 21 years old after a lung transplant and very courageous fight.

Stephen Covey. Author of the best selling book, the 7 Habits of Highly Effective People, I have seen Stephen Covey speak live and never had the opportunity to meet him. He was a powerful motivational speaker who inspired millions through his books and motivational talks.

Stephen Covey died in July of 2012, in Provo, Utah when he lost control of his bike and fell.