Sports stars are our heroes. They are who we look up to inspire us and spur us on to improve. In this post, we look at three champions who have fought hard in their chosen sports to be recognized as the best and how they can motivate you in your own life.

In their list of the 21 inspirational LeBron James quotes, Wealthy Gorilla put “Don’t be afraid of failure. This is the way to succeed” at number one.

It is hard to imagine that the basketball legend would be afraid of anything. He is constantly mentioned in the same breath as Michael Jordan and Kobe Bryant, and has become one of basketball’s most famous players. Yet James has admitted in interviews that he struggles with the fear of failure.

The fear of failure is a common reason why people lose motivation. Nobody wants to be defeated and this can lead a lot people to avoid taking any risks. James has spoken of how his fear of failure drove him to the top of basketball. Don’t let the fear of failure stop you, but instead push you on to greater heights.

“I just go where my heart tells me, where my gut tells me to go, where I’m enjoying my life the most, where I feel like I can have the most success.”

It is easy to forget how many barriers race car driver Danica Patrick has broken down in her career. She is the only woman to win an IndyCar Series race and the first woman to lead the Indianapolis 500. Throughout her career, Patrick has had to face down gender stereotypes, including being accused of being nothing more than a marketing tool.

If Patrick hadn’t followed her heart and gut, she may have given up on her dreams of being a race car driver. We all have outside influences in our lives, some good and some bad, but it is only you who can decide which direction your life should go. If you believe in your heart you’re doing the right thing, then don’t listen to the naysayers and follow your gut instinct instead.


Sportskeeda covered many Federer quotes that apply to different parts of his career. On his adaptability they chose: “What I think I’ve been able to do well over the years is play with pain, play with problems, play in all sorts of conditions.”

The most successful men’s tennis player has often been compared to a machine. His clinical style of play has landed him 18 Grand Slam titles in his career. Yet what makes this champion the best is not just the trophies but the fact that he doesn’t ever give up.

After winning his 17th Grand Slam title at Wimbledon in 2012 many tennis fans expected Federer to carry on winning. Yet he faced five years of disappointments and injuries. Ralph Ellis wrote that many thought Federer was finished after a six-month layoff in 2016 with a knee injury, in his Wimbledon preview for tennis tips site Betfair.

Instead he shocked the tennis world by returning to the sport and winning the Australian Open this year. You don’t have to be a tennis champion like Federer to succeed; yet you must have a winning mentality to keep trying when you hit a rough patch in life. Federer could have used the knee injury as an excuse to retire. Instead he used it as motivation to come back better.

This Article was contributed by Thomas Schwartz.

There are some great motivational speakers who are sports athletes who share their story to help others see the parallel message of motivation. 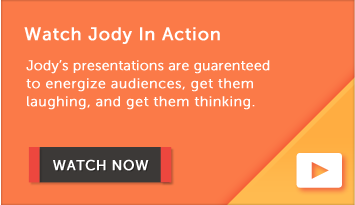