Lead Out of Belief Not Relief 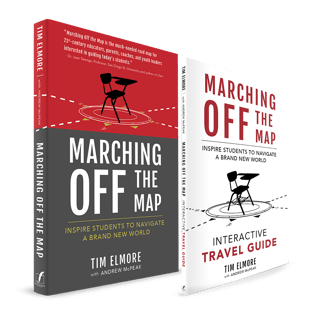 He talks about younger generations being the most overly managed group ever. Many leaders get frustrated with Generation Y and Z’s lack of initiative and problem-solving skills. Thus, they do whatever they can to relieve their stress and get them back to work.

The leadership speaker passionate asserts that what they should do is believe younger team members can do better and coach them to improve.

In his book, he shares the following story:

Thomas Edison brought a note home from his teacher for his mother to read. When she opened it, she told Edison it said:  your son is a genius, we do not have the teachers to instruct him, you're going to have to instruct him yourself.

She home studied him and gave him free range to invent and create.

Later, when his mother died, Edison found that note and it actually read:

Her belief in him propelled him to overcome obstacles and become one of the best inventors of all time. Believing in someone doesn’t pigeonhole them as they are but in the potential they have.

Dr. Elmore suggests that the majority of parents generation are settlers, not pioneers. This means we would rather choose a career path and settle into a stable job instead of looking at current problems and opportunities and finding innovative career solutions.

With the level of change today we can’t even predict the future. Those that invent the future have the greatest chance of success because the future is constantly evolving.

Thus, much like Edison's mother, we should nurture our kid's skills because we never know which ones will be most valuable in the future.