Here's How to Inspire Difficult People 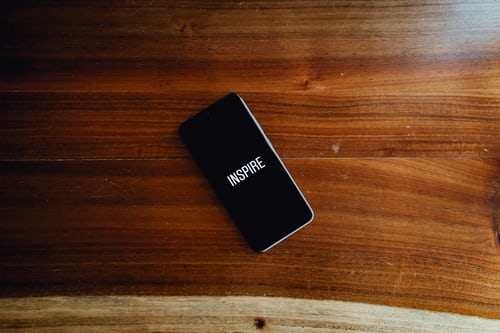 Conflict is a show stopper. ​It muddies morale and leaves people confused and worn out. Yet most leaders ignore conflict. The trouble is focusing on conflict or negativity will just bring more conflict. Thus we need to inspire difficult people towards opportunity and success. ​

Normally in workplaces productivity is brushed aside for someone’s outrageous rant. Unsuspecting bystanders are bewildered and confused; we will do anything to stop the uncomfortable disruption. We calm them, we encourage them, and we support them in their combative rage. ​

The problem is, ​It’s just what they wanted.​ By giving in to them, you reinforce the behaviour. ​

Difficult people command attention. Through this behaviour, they get what they want. Usually, it’s attention. Being disagreeable can also exclude you from work or get you out of doing something you don’t want to do.

Because they are so visual and vocal,  difficult people can set the tone. People surrounding them feel on edge, waiting for the next attack. In workplaces, it can drain morale and punish others. It’s like allowing a few difficult people to vomit negativity all over your culture.

​Most ​leaders​ deal with conflicting personalities by ignoring them or avoiding them. It’s not the most proactive solution, but it does have some value. If attention is what difficult people are after, ignoring it causes the well of attention to dry up.

However, most difficult people don’t seem to fade away. A lifetime of stirring up conflict shows them enough results they are willing to keep trying.

The cost to productivity and morale is high. If you have difficult people hijacking morale, you must do something about it.

HOW TO ​INSPIRE ​DIFFICULT PEOPLE

There is no one size fits all solution, but here is my suggestion:

​Most importantly, assess how you feel about this difficult person. What keeps most things in our workplace are our persistent thoughts about them. In other words, if you are consistently wrapped up in ​thoughts of anger or worry about anyone, this is holding you back.

It helps to be aware of how you feel about difficult people. Many leaders will ignore how they feel and focus on the team members difficult behaviours. Overall, focusing on problems is draining. It's much better to see improvements and to imagine progress. Ultimately you will want to inspire difficult people to contribute to the team positively. It's tough to inspire people that you are angry with.

The most important thing a leader can do is loosen up their own negativity towards difficult team members. Over time your feelings for them will change, and their behaviours will change. To inspire a difficult person, show them their value and appreciate their worth. Inspiring leaders will remind people why they chose their job and how they've made an impact.

Keynote Speaker Jody Urquhart's Keynote, I Love My Job, it's the People I Can't Stand

By consistently feeding difficult people positive messages regarding their impact, it can turn their negative momentum around. Whenever you see anyone on your team doing well, appreciate it. Always notice when difficult people are cooperative and helpful in their work. Recognize when they are happy and inspired and reinforce how this helps the whole team. Overall inspire difficult people by giving much more attention to positive behaviours and feelings than negative ones.

Once you have enough positive inspiration in someone, their negativity will fall away. If not, here are some other steps:

When you see progress​ in terms of less conflict​, don’t praise it. Stirring up conflict is not a part of the job description, so it shouldn’t require recognition to smother it. Instead, point out positive change. Let difficult people know you are still watching them. They’ll like the attention.

​Steadily keep attention away from conflict and towards progress and opportunity.​

Also, try offering praise for productivity or growth. Distract them from being difficult by encouraging them to be productive.