Sample Motivational Speech for Teachers to Kick off the Year!

Summer is in full swing and ... 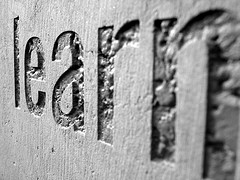 On October 10, 2014 I am a Motivational Speaker for Government Finance Officers Association of Western Canada.

The event taking place at the Palliser Hotel in Calgary, Alberta will host over 200 government finance professionals from across Alberta, BC, Saskatchewan and Manitoba.

The theme of the event is, "From Reaction to Resilience. Strengthening Communities." This theme was chosen to emphasize resilience especially after a very trying flood in Calgary, High River area that killed four and displaced over 100,000 people. Many people lost their homes in the flood( including me).

Critical to any emergency response is having the finances ready and available to react to disaster.

Government finance officers are the first level of government, involved in day to day community operations. They may do reporting, budgets, process payables. They form a critical part of the government management team, providing key financial information to help city departments( like police, fire, public works) forecast and make decisions.

Although you would not think of finace professionals as the first link in a crisis, in a declared state of emergency, the government finance officers response to allow finances to be available where necessary will make or break the overall success.

Ultimately the government finance team are the unsung heroes in an emergency ( and any other time). They know how to get resources ( money) to communities when they need it.

They work diligently behind the scenes to keep our communities safe and vibrant.

The other motivational speakers for the Government Finance Officers is Mayor Naheed Nenshi and retired general Rick Hillier.

I will be giving the closing motivational speech, This Would be Funny if it Wasn't Happening to Me... How to Embrace Change with Humor and resilience.

Sample Motivational Speech for Teachers to Kick off the Year!